Poseidon was the Olympian god of the sea, earthquakes, floods, drought and horses 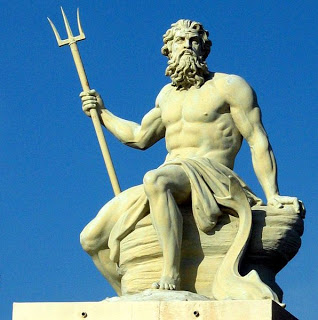 Persephone depicted here with Hades. Her return from the underworld marked the start of spring, and winter began when she was forced to return to the underworld.

‘The Creation of Adam’ is one of the nine ceiling panels in the Sistine Chapel depicting scenes from the book of Genesis.